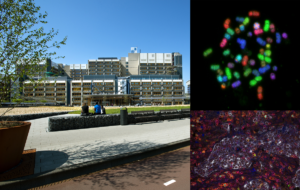 The “Molecular Mechanisms in Cancer – Translating Discoveries into Personalised Therapies” Eurolife Summer School lasts one week and will be held in Leiden (The Netherlands) from 9th to 13th July 2018. Cancer is one of the most common causes of death around the world; one out of every eight of all deaths is due to cancer. Cancer arises when cells acquire gene mutations that induce uncontrolled cell growth often resulting in invasion into other tissues. Standard chemo- and radio therapy are aimed at killing the rapidly proliferating cancer cells. However, these therapies can be ineffective and have effects on normal cells that cause serious side effects […]