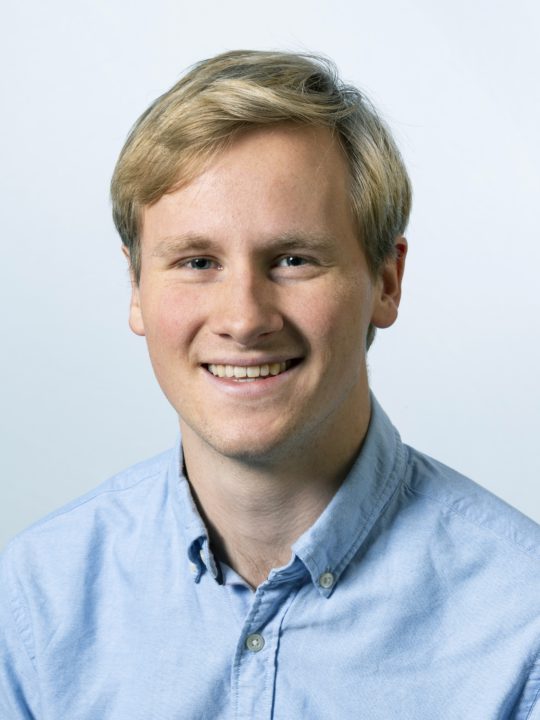 Boyd Kenkhuis (MD/PhD-student at Dept. of Human Genetics, Leiden University Medical Center) was granted the Eurolife Scholarship for Early Career Researchers, to visit the Centre for Clinical Brain Sciences at University of Edinburgh. During his 6-months stay (supported by a Eurolife scholarship), he studied iron accumulation in Alzheimer’s disease using iPSC-derived microglia.

The main aim of the study was to elucidate the pathophysiological and functional consequences of iron deposition in human iPSC-derived microglia-like cells (iMG). During the Eurolife Scholarship, Boyd was supervised by Prof. Josef Priller, chair of Brain Inflammation and Repair at the University of Edinburgh and the UK Dementia Research Institute. Supervisors at his home institute are: Louise van der Weerd, Willeke van Roon-Mom and Silvère van der Maarel (Dept. of Human Genetics, LUMC). The grant of 6.500 euro was funded by the Directorate of Research Policy, LUMC.

“I was not only able to increase my own skillset and knowledge, but also contribute to the development of a novel protocol to differentiate reproducible high-quality microglia from iPSCs, which will be published shortly”

By Boyd Kenkhuis, Eurolife Scholarship Program for Early Career Researchers Grantee (2018/2019) from the Leiden University Medical Center at the University of Edinburgh 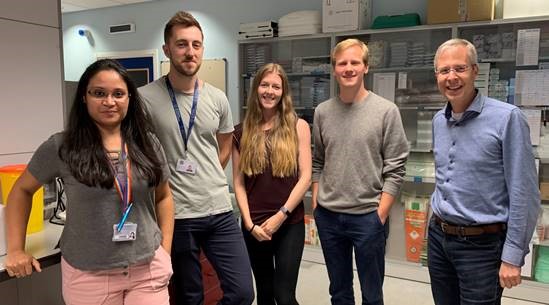 Together with a Knowledge-Exchange fellowship I received from the Alzheimer’s Society, the Eurolife Early-Career Scholarship (6.500 euro, provided by LUMC) enabled me to visit the UK Dementia Research Institute at the University of Edinburgh from January to August 2019. This local institute is part of a bigger consortium of six universities throughout the United Kingdom, all with a joint research aim of curing dementia.

Already on the first day at the institute, a symposium had been organised with all research-groups that are part of the institute. From the very first moment, I was amazed by the incredible amount and variety of research into Dementia that takes place at the University of Edinburgh. Whereas in Leiden I am one of the few interested in the role of immune-cells in the pathogenesis of Alzheimer’s Disease, in Edinburgh multiple research-groups have this specific cell as focus of their whole research-line. This led to many interesting conversations and novel ideas to implement in my research.

The aim of my visit was to become familiar with the differentiation of induced pluripotent stem cells (iPSCs) into microglia (the brain resident immune cell), to study the role of microglia-mediated iron toxicity in Alzheimer’s disease. The exchange enabled me to learn all the ropes involved in stem cell work, via close collaboration with a post-doc in the lab of prof. Priller, and establish assays to mimic observed brain iron-accumulation in microglia. Now that I am back in the LUMC, I can transfer the gained knowledge into the lab here, of which not only my own group can benefit, but also other researchers in the LUMC interested in this cell type. Additionally, in the end I was not only able to increase my own skillset and knowledge, but also contribute to the development of a novel protocol to differentiate reproducible high-quality microglia from iPSCs, which will be published shortly.

Besides working on my intended aims, I was lucky enough to also become involved in research-projects from neighbouring groups and establish two collaborations, both of which will lead to joint publications. More importantly, involvement in the many research-projects has massively broadened my network, which will be highly beneficial for the years after my PhD.

All in all, the exchange has been very fruitful as it has significantly strengthened the partnership between the labs, and there are currently multiple collaborative projects ongoing between the lab of prof. Priller and dr. Van Roon-Mom (LUMC). Additionally, I would like to thank the Eurolife consortium again and my supervisors that have made this exchange possible, as it has been a privilege to have worked with all brilliant people involved and I think this exchange will be one of the most valuable experiences of my PhD.