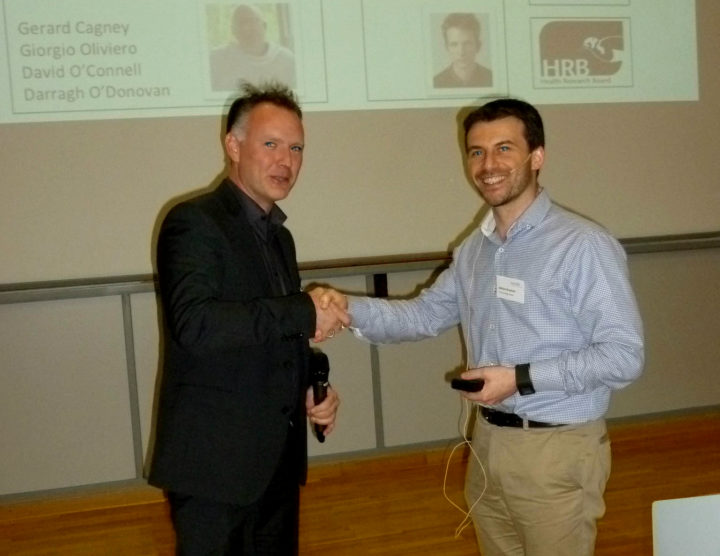 Assistant Professor at The Smurfit Institute of Genetics, Trinity College Dublin, Ireland. Adrian Bracken has made important contributions to our understanding of the molecular mechanisms of how Polycomb group proteins regulate cell-fate decisions and control cellular proliferation. This initially involved several highly cited seminal studies during his Postdoctoral work that linked the EZH2 Polycomb protein with cancer (EMBO J 2003), identified the target genes of Polycomb group proteins (Genes & Dev 2006) and established that Polycombs directly represses the INK4A gene locus and are required for preventing its activation and consequent cellular senescence (Genes & Dev 2007). In 2009, he first proposed a model for the roles of Polycomb proteins during cell fate decisions (Nature Cancer Reviews 2009) and over the past 7 years since establishing his lab, he has continued to focus on dissecting the roles of Polycomb proteins in the control of cellular proliferation and differentiation. In 2012, his lab discovered a new mechanism for how the Polycomb Repressive Complex 2 (PRC2) is recruited to chromatin during embryonic stem cell differentiation via the sub-stoichiometric Polycomb-like proteins (Nature Struct Mol Biol 2012). In other work, his lab explored the functional interplay between the CHD5 chromatin regulator and PRC2 mediated H3K27me3 during the differentiation of neural stem cells and in neuroblastoma (Developmental Cell 2013). More recently, his lab made the surprising discovery of a chromatin independent role for a Polycomb-like protein (PCL1) to stabilize the p53 tumour suppressor and promote cellular quiescence (Genes & Dev 2015). His new work is exploring new exciting links between nuclear receptors, Polycombs and cellular identity.