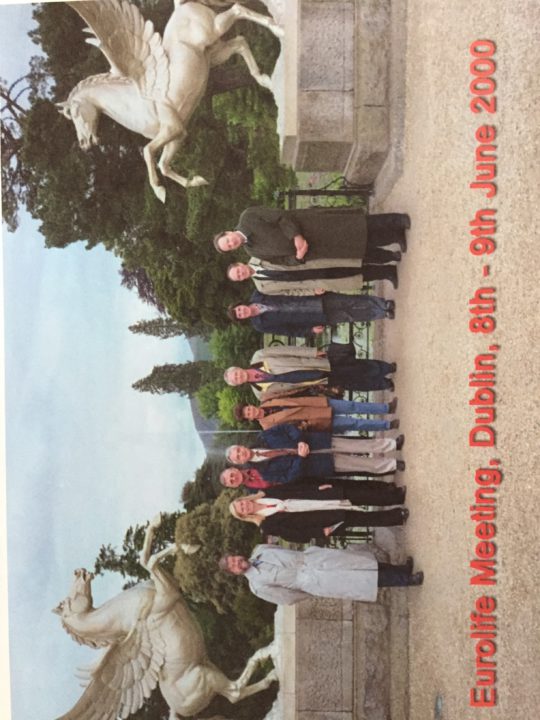 Eurolife originated on 21 May 1999 at a meeting at the European Commission in Brussels. The Network’s initial objectives were to develop a collaborative network among leading academic centers in the field of Life Sciences and to facilitate each party‘s interest in research and teaching in these fields.

The first Eurolife Collaboration Agreement, signed by the founding Eurolife partners, entered into force on 1 January 2002.

The founding partners were:

With effect from 1 January 2005 the University European Pole of Montpellier withdrew from the network. Universitat de Barcelona and Université Louis Pasteur Strasbourg joined the network in 2005. Eurolife has expanded in 2017 with the inclusion of Semmelweis University.

The Eurolife Network has existed for 20 years and has evolved to a high level European collaboration in Life Sciences with the aim  to develop the Eurolife brand as the pre-eminent, identifiable and well-known standard for education and research in 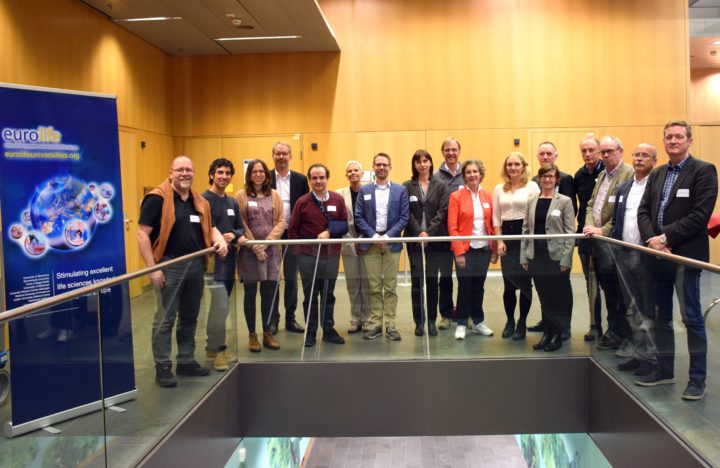 In year 2020, the Eurolife consortium was awarded the Erasmus+ Strategic Partnership grant towards a join transnational project called DATAETHICS, which aims at updating the conceptual and ethical considerations that arise from Biomedical Big Data (BBD) collection and use. DATAETHICS will be implemented over three years by the Eurolife consortium. More on the project, please read HERE.

Other successful projects so far, just to name a few, include EHVA, European HIV Vaccine Alliance: a EU platform for the discovery and evaluation of novel prophylactic and therapeutic vaccine candidates, EU-ToxRisk, an integrated European “flagship” program driving mechanism-based Toxicity Testing and Risk Assessment for the 21st century, the completed EU-CERT-ICD, a comparative effectiveness research to access the use of primary Prohphylactic Implantable Cardioverter Defibrillators in Europe, EuroStemCell, the European Consortium for Communicating Stem Cell Research, Center-Tbi, the Collaborative European NeuroTrauma Effectiveness Research in Tbi, Eurogendis, a postgraduate training programme in the genetic basis of human disease, and Eurosterone, a training network that is researching diseases that are of major economic concern in Europe such as cancer, cardiovascular disease, and cognitive diseases such as Alzheimer’s. The projects also include the EUR 11 million-funded Autocure, led by Sweden’s Karolinska Institute. Funded under the Sixth Framework Programme, it is developing new therapies for common inflammatory rheumatic diseases. Another project, Eugeneheart, is being led by University Medicine Göttingen and is developing new approaches to prevent and treat heart failure through better understanding of the heart’s signaling molecules.

The Collaboration of Eurolife members has resulted in over 200 student exchanges between the Network’s Partner universities and Eurolife prides itself in already having facilitated the exchanges of over 50 students and researchers, within the context of the three Eurolife Mobility initiatives: Eurolife Joint Program in Translational and Experimental Medicine (JPTEM), Eurolife Short-term Research Exchange Program and Eurolife Scholarship Program for Early Career Researchers.

In addition, Eurolife has funded 73 grants for the Eurolife Summer and Winter Schools.

The Eurolife Lecture Series is a new Eurolife initiative, which facilitates and encourages educational and scientific interactions with the goal to contribute towards developing new pan-European standards of excellence in life science education and to increase institutional collaboration. Following the successful launch of the action at the University of Strasbourg in 2018, Eurolife plans for the next Lectures Series to take place at the University of Strasbourg and Medical University of Innsbruck in 2019. 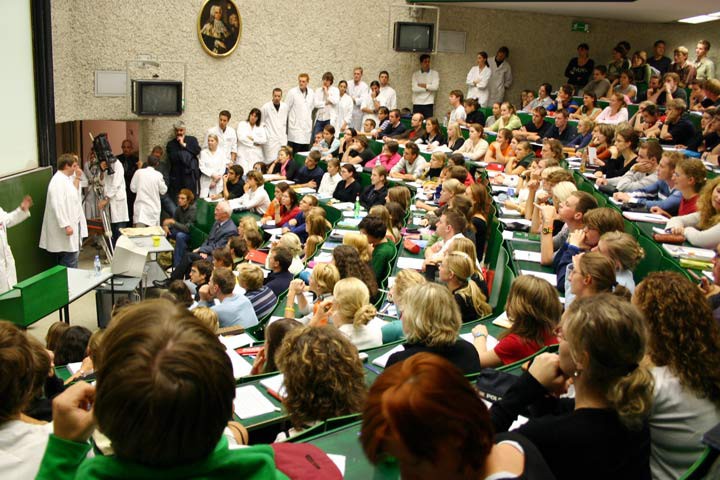